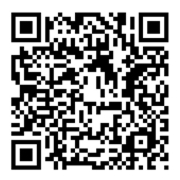 A deluge of things is a large number of them which arrive or happen at the same time. 泛滥

例：There was a deluge of requests for interviews and statements.

V-T If a place or person is deluged with things, a large number of them arrive or happen at the same time. 使充斥 [usu passive]

If you are susceptible to something or someone, you are very likely to be influenced by them. 易受…影响的 [v-link ADJ 'to' n]

例：Young people are the most susceptible to advertisements.

例：James was extremely susceptible to flattery.

If you are susceptible to a disease or injury, you are very likely to be affected by it. 易受 (伤) 的; 易患 (病) 的

例：Walking with weights makes the shoulders very susceptible to injury.

Homogeneous is used to describe a group or thing which has members or parts that are all the same. 同种类的 [正式]

例：The unemployed are not a homogeneous group.

ADJ Something that is monotonous is very boring because it has a regular, repeated pattern which never changes. 单调的

The founder of an institution, organization, or building is the person who got it started or caused it to be built, often by providing the necessary money. 创建人

例：He was one of the founders of the university's medical faculty.

If something such as a plan or project founders, it fails because of a particular point, difficulty, or problem. 失败

例：The talks have foundered, largely because of the reluctance of some members of the government to do a deal with criminals.